Why I’m asking my daughter’s permission before I post her image on social media.

At what age do your children stop belonging to you and start becoming their own person?

This is not intended to be a preachy post, I respect that everyone will have their own opinion on this and manage their social accounts differently, some don’t post pictures of their children, some do. Some keep their profiles private and others have a public Instagram account. Whatever you do is up to you and I’m not judging, just putting a thought out there.

So what do you think? When does your child stop belonging to you and start becoming their own person? I’ve been thinking about this a lot. They belong to us don’t they, ‘our baby’, ‘my son’, ‘my daughter’, the photos we have are ours. But if you think about it, even if it’s the case that you own them now, you certainly won’t forever. So what happens to the photos we have so readily shared? Who do they belong to then?

The other day I saw a photo of myself on someone’s Facebook from years ago and it was so awful I was thanking God it was so long ago it’s unlikely to resurface again.

What if one day our little ones turn round and say they don’t want to have their images on the internet? You’d respect that, right?

I’ve made a decision, particularly where my daughter is concerned. She’s almost nine, (or “a teenager in five years”… her words”) she’s not on social media but most of her friend’s parents are, just like me. It’s possible her friends could come across a picture I’ve posted of her. How would she feel? What if she didn’t like the photo, or the fact I’m showing everyone what we’re up to. I once posted the biggest and very best supermarket trolley tantrum photo ever! It was in jest and good taste, but what if… one day someone gets hold of it and god forbid, bullies her for it!!!?

So I’ve decided that from now onwards I’m going to show her the photo and ask if she minds if I post it. In fact I did just that earlier. She knows what Instagram is and she has seen me scrolling through friends posts. We’d been for a walk and went to the pub for a drink, I took a photo and showed her and asked if she minded if I put it on instagram, simple as that. She just said it was fine and that was that. So that’s what we are doing from here on in.

Recently there have been a number of landmark cases across Europe where the children, now adults, have managed to obtain court orders for their parents to remove images of them from their social media channels. In France, anyone convicted of publishing and distributing images of another person without their consent can face a fine of 45,000 euros and up to a year in prison. In September last year an Austrian woman took legal action as soon as she turned 18, when her parents failed to remove images of her that she’d previously requested they take down.

I’m not suggesting that you should ask your three year old to sign a declaration or explain the ins and outs of internet safety at that age. I’m just saying that maybe we ought to reflect on the image before we post it and ask ourselves that if our children see the photo we posted in 10 years… will they be ok with it?

After all, the two biggest things I try and teach my children are respect and consent.

Perhaps it’s time I took some of my own advice.

I’d love to hear your thoughts on this, you can comment below or leave me a note on any of my Social channels 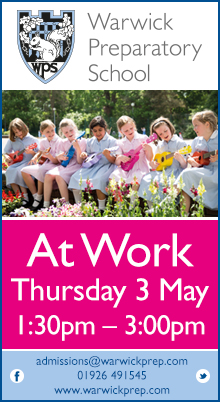