When a chat about a pin badge makes you realise that it’s not always the most obvious people that are the heroes in your child’s eyes.

I have been so inspired by International Women’s Day and all the incredible marches that have been happening in and around London promoting equality and women’s rights. I was especially inspired by the Women’s March on London which took place in January 2017. The event was attended by 100,000 women! It feels like right now is an incredible time to be a woman in the UK. 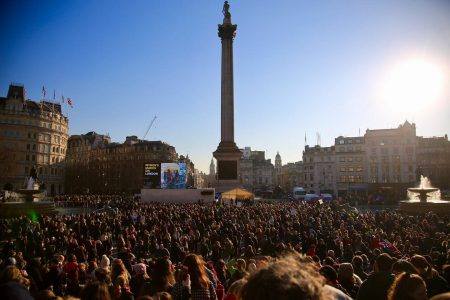 Over on my Instagram the other day I talked all about how a simple pin badge had prompted the most wonderful chat with my daughter about women and girls and how we can build each other up and support each other. It’s really made me think. 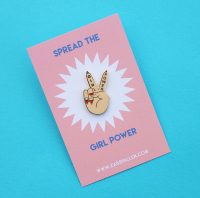 My daughter is seven and so has been there since I began my group Mum Knows Best Warwickshire four years ago. While the down side of it means I’m quite often picking up my phone to reply to the (lots) of messages I receive from mums, she really gets to see the wonderful positive side of our support group and it means that she has first hand experience of women helping each other out.

It got me thinking about how she must see the world. What are her influences and role models? What does a 7 year old make of it all really? (She did tell me that Donald Trump is a silly man and we should all ‘block’ him last week)!

Olivia is so inspired by music and there’s never a moment where she’s not dancing or singing, she is one of those children who never walks anywhere, she skips instead. While this drives me bonkers when she’s skipped through the kitchen and knocked off a pile of paper work in her backdraft, I can’t help but admire her sheer love of life, albeit in a whirlwind.

She loves Little Mix, and their music too. I can’t help but think some of their stuff is a little raunchy but then I am also mindful that there’s no way I can keep her away from that side of things, unless I keep her away from the telly or the radio until she’s 18. So instead I just chat to her about the outfits in the music videos and then we look at other pictures of the girls in their day to day life and she gets to see that it’s all just costume. When I think about all the things I did to rebel in my teenage years, it was more to do with the fact that most of the things I did were not allowed and I wanted to smash down those walls with my bare fists. That’s just the child/teenager I was. Don’t get me wrong, I never took drugs or broke the law but I did get my belly button pierced at 15 and a tattoo of a Unicorn at the same age! (Which I still don’t regret Mum hahahahaha)! 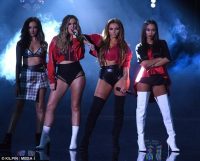 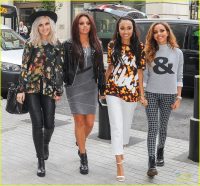 I really really want to try and create a bond with Olivia where rather than keep her away I can try and educate her instead. This is all in the hope the naughty things won’t seem as exciting, that will remain to be seen but this is make take on it after all. We can only do what we think is best on this journey of motherhood. I know there are some Mums who will disagree with this and I entirely respect that too.

When I think about what Olivia gets to experience from being on ‘this side’ of our support group ‘Mum Knows Best Warwickshire’, it actually melts my heart. I live in hope that one day she will be inspired to do the same and feel empowered to be who she wants to be and help people along the way instead of treading on them to get to the top. I truly believe in karma and I am certain that what you put out there in this life comes back to you.

Olivia has been to all my charity events, helped take money on the door, sell her own clothes and toys at our table top sale and she even made her own reindeer food to sell at our Christmas Fayre & Party. But its the stuff you guys don’t see which makes me proudest and Olivia gets to see that with me, she was there when a Mummy came to the door to drop off some ovulation sticks to an anonymous Mum who was trying to conceive and was getting no where. She was there when people came to drop of toys and gift cards and flowers to a Mummy who has having an awful time with depression and debt, she was even there when it was collected by that grateful warm Mummy. And she answers the door with me to give out tickets to events like our Halloween party. She sees my tears when I’m counting the money from our events and am stunned to tears by people’s generosity.

The bottom line is, she knows that these people are Mums, Mums who don’t know each other but want to show their support. What do you think that is teaching her, who do you think are her role models really? Little Mix? Maybe a bit, but really, YOU ARE. Yes, you reading this right now, every single woman out there. The Mums she sees with their children in the park, the tired Mum with two kids in the trolley in the supermarket, my friends, my own Mum, her teachers, our family doctor, the people who come to my door to drop things off or collect something. She sees you, she’s taking it in. You’re real women in the real world and you inspire her to be like you. Because even when it’s not going great, you’re still teaching her something.. you’re teaching her that we all have bad days, and that’s ok.

If you read this one day Olivia, I hope you reflect and think of all the things we do, the day you wanted to ‘Run Like A Girl’ and laced up your trainers and ran 3k with me straight off after being inspired by tooting the horn at someone from our running group.

You can do anything you want to do and you can be anyone you want to be, just remember to be kind along the way. 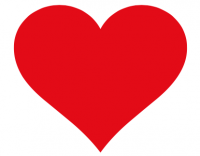 New Spa in the Spa!
My DIY Pallet Projects!