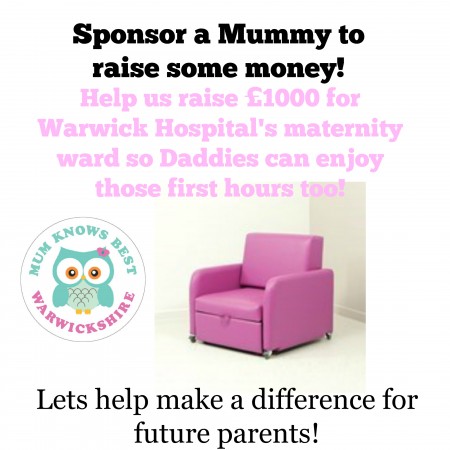 Back in February this year I discovered that the Maternity Partnership at Warwick Hospital were trying to raise money to 5 buy chairs that fold down into beds for the side rooms on Swan Ward, the ward Mummies go to with their newborn babies.

Currently there are 5 side rooms and only one has a chair that converts into a bed so that partners can stay after the birth of their baby. For many this chair would just enable both parents to enjoy that special time after the birth, but more importantly for some women who have had a difficult labour this would enable their partner to stay and provide additional help and support in those crucial hours/days after the birth as at the moment Dads aren’t able to stay or if they do they have to sleep in an upright chair which is far from ideal. It’s worth mentioning that there isn’t room for these chairs on the actual ward as they are quite bulky but they are still a hugely experience-changing addition to the side rooms.

I set up a challenge for all local Mums to take part in, “Challenge A Mummy To Raise Some Money”, the idea was that Mums get out of their comfort zone and help to get sponsorship to raise money for the beds.

I decided to sign up for the Regency 10k Run in Leamington Spa, which was quite a challenge for me having never run more than 5k previously. Lots of lovely family and friends sponsored me to run and i was so touched by the generosity of people who sponsored me, some of whom I have’t seen since school! It was hard but I completed the run and felt so proud! 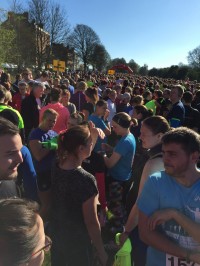 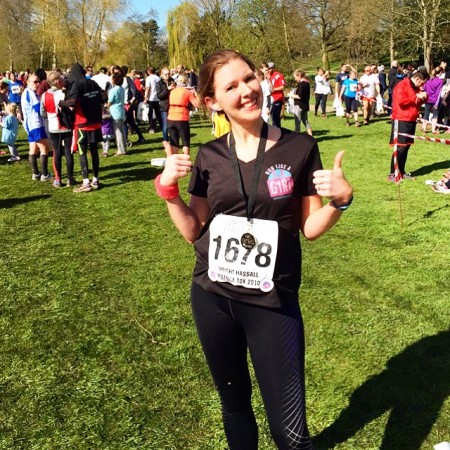 When I asked my running group ‘Run Like A Girl’ if they would like to get involved, they came up with the idea of doing a fancy dress running challenge! A team of ladies from the group dressed up as superheroes and set upon an ‘out and back’ challenge where they were to run out as far as possible for 20 minutes and then turn around wherever they were and try to make it back to the start in 19 minutes! All the runners obtained sponsorship or donated on the day to the charity. At the end of the run each team members’ total distance was recorded and added together to make a combined distance travelled and because we were lucky enough to have an Ardencote Spa Day to give away so we launched a competition where people could donate to guess the total distance travelled by all the superhero runners.  This event raised over £300 toward the special chair. Thank you so much to Lauren, Becky and all the girls who took part! 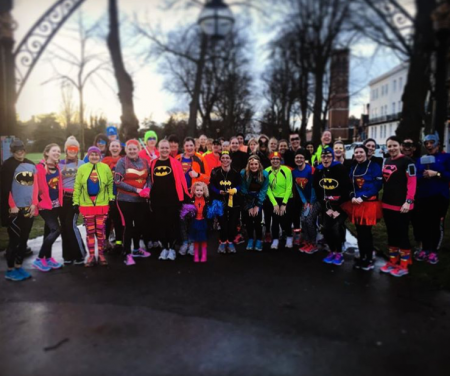 Almost as soon as I had launched the charity challenge I had received a message from Natalie from Gymboree Play and Music, Warwick, who was inspired to take part and she was really excited to go away and think of some fundraising ideas they could do to join in. That’s when the Bubble-A-Thon was born! Natalie and Kelsey decided they would host an event where they would continuously blow bubbles for a whopping 45 minutes during a gymboree-themed party!

The day was a huge success with 116 families attending the event which alongside the amazing bubbles had soft play for the children and a fabulous bouncy castle donated by Best Party Hire.

The event was such a success that the duo managed to raise a huge £232.90 for our charity!!! 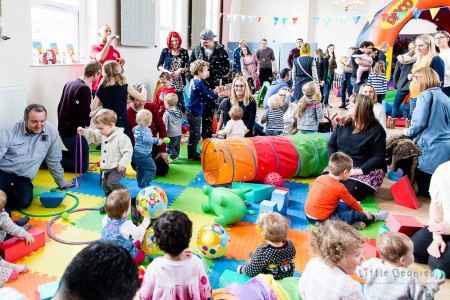 By the end of April we had smashed the target of £1000, raising £1,156.90 + £163.25 Gift Aid! This enabled Warwick Hospital to put the order in for the chair… and now it’s arrived! Here’s the fold out chair that all your hard work has paid for! Thank you so much to each and every one of you who took part in or came to one of our events! WE HAVE MADE A DIFFERENCE and thats what we are here for after all! x 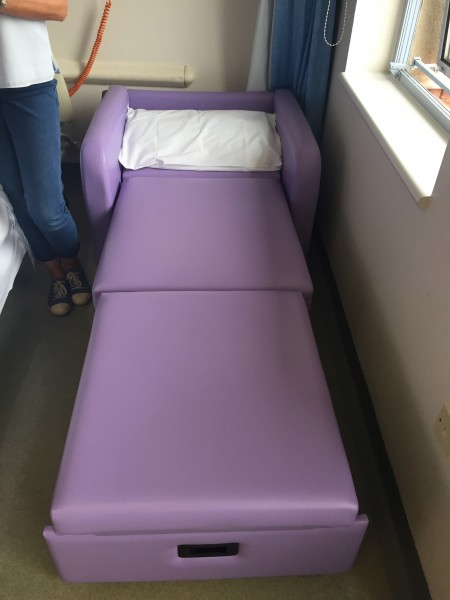 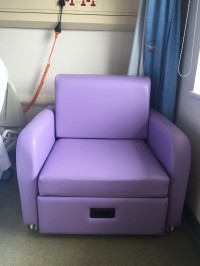 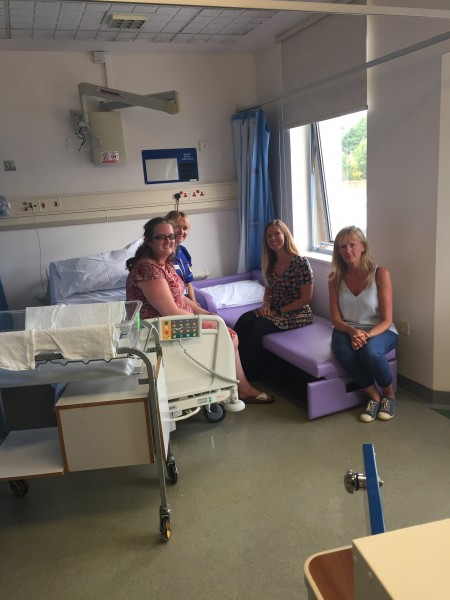 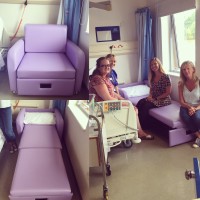 There are still three more beds needed to ensure that each of the side rooms on the maternity ward has a chair bed like this one, so stay tuned for more fundraising! If you would like to donate toward the next chair you can do so on our just giving page here.