Like most girls, I had a ‘misunderstood’ few years as a teenager. I never did anything bad but I was somewhat of a black sheep. I had the usual angst a girl of 14/15 does, boys, family, wanting more freedom than I was given, those sort of things. One of the things I really struggled with was my weight, I’ve never been ‘fat’ I suppose but when I was in those years of teenager-ness I hated the way I looked. I had spots, actually I still do! I just had a ‘thing’ about my weight and controlling it. For as long as I can remember I would count calories, do fitness DVDs and compare myself to all my friends. I began to make myself sick or starve myself or both.
Anyway, without going on down that long road of eating disorders and everything that goes with it I eventually managed it all by myself, and it was well in order long before I had my daughter. I just found ways of dealing with it.
As everyone knows, having children changes everything, your relationship, your body, how you spend your time, everything. I have quite an obsessive personality, I’m not bonkers I promise, I just have to give everything I do 110% from cleaning to being a Mummy, to my job/s. I have two children and in the six years since I had my first I never exercised at all, I watched my weight by eating reasonably well and running around after my children. Most of my friends exercise regularly and always try to involve me but I have to do it in my own time. I didn’t want to feel unfit amongst other people and become down about it.
The other thing about exercising when you have two children is time, when do you fit it in when you have been up since the crack of dawn, been to work, rushed round like a lunatic, cooked dinner, done 45 loads of washing and find yourself sitting down for the first time at 8pm!? 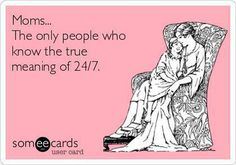 I had been thinking about taking up running, something I used to enjoy so much BC (before children) but it was never quite the right time. And then a lovely lady named Lauren who I had met a few years ago when I taught her and her baby in a Sing & Sign class asked if she could post in Mum Knows Best Warwickshire about her new running group which was following the couch to 5k programme. I wanted to join but thought I would look like such a plonker without any running clothes etc and having literally not run more than bath in the last six years I knew I couldn’t run more than a minute… Ok maybe not even a minute. I didn’t join but I watched from a far as the success stories flooded in and the running bug caught on. This new running group was doing much more than just getting Mums off the sofa it was building friendships, self esteem and giving people something to do, just for them. 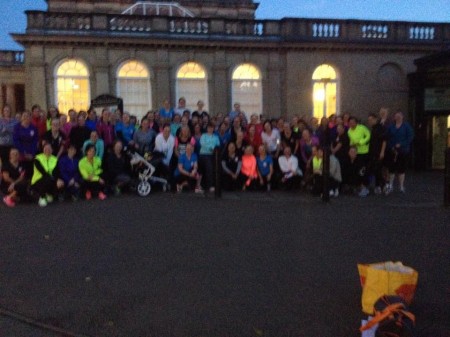 When the next course started in September 2015 I just decided that was it, I was going to join. As soon as I made the decision I was so excited/nervous, I didn’t know anyone and I definitely couldn’t run! The time worked for us as it didn’t start till 7.30 so i knew my husband would be home from work. I had no excuse.
The first session was running for short bursts with walking in between. I didn’t enjoy it at all, not because of anything other than the fact that I wasn’t good at it and that frustrated me. As the weeks went on I ran around with almost a different person every time, I got chatting to some lovely people and the minutes began to get easier, you don’t notice it so much when you’re banging on about your wedding in Cyprus to some random stranger! Haha! 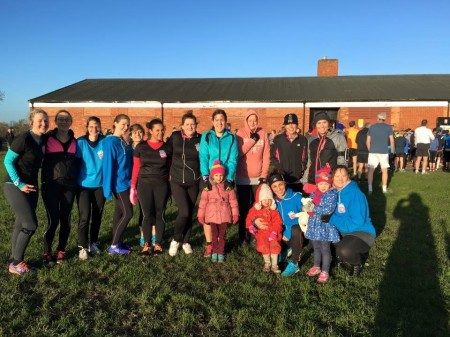 Before I knew it, it was week 8 and I had run my first ever 5k. I have struggled with a knee injury throughout the programme and the support i have had from the girls has been amazing, loads of great advice but mainly just people caring enough to ask how you are.
In November I completed my first 5k Park Run in the wind and mud and despite being a blubbering mess at the end I loved it. I also got a medal for doing a 5k virtual race for Children In Need, which was so much fun! 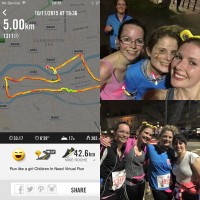 After a busy Christmas I have just started back on the new ‘improvers’ course and absolutely loved the new session back, I spend 80% of the run contemplating the fact that I couldn’t run to the end of the road a couple of months ago, its the best feeling to know that its you that have got yourself there, you who has stuck with it you who is achieving your goals. Exercise is an important part of me now, it helps me to feel confident and happy and most of all it’s something selfish that i can indulge in away from the billion other things I do and in just half an hour I can travel 5k 🙂 That makes me happy! 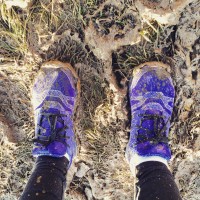 Run Like A Girl, Leamington Spa is just about to launch it’s new Beginners group on Tuesday 12th January, if you fancy joining I know you will be welcomed with open arms!
For more information you can see their website here www.runlikeagirl.org.uk or join the brilliant Facebook Group Here
Elc Bargains! Our picks for £10 and under
British Motor Museum