… Elf On The Shelf, A Christmas Tradition. The question is, will it be yours?

So, what is Elf On The Shelf?! 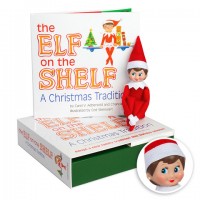 In a nutshell. A clever piece of marketing. Do we care? Not really!

The very short version is this,

The Elf on the Shelf®: A Christmas Tradition includes a special scout elf sent from the North Pole to help Santa Claus manage his naughty and nice lists. When a family adopts a scout elf and gives it a name, the scout elf receives its Christmas magic and can fly to the North Pole each night to tell Santa Claus about all of the day’s adventures. Each morning, the scout elf returns to its family and perches in a different place to watch the fun. Children love to wake up and race around the house searching out their elf each morning.

The Elf On The Shelf can be purchased online, if you go for the ‘Official’ (pricey) version, you can expect to receive a display box, which has your chosen Elf inside purched on a shelf. On the other side of the display box is a large hardback book which tells the story of how Father Christmas’ scout elves get their magic by being named. In the back of each book, families have an opportunity to write theirelf’s name and the date that they adopted it.

The book tells how the magic might disappear if the scout elf is touched, so the rule for The Elf on the Shelf states: “There’s only one rule that you have to follow so I will come back and be here tomorrow: Please do not touch me. My magic might go, and Santa won’t hear all I’ve seen or I know.” Although families are told not to touch their scout elf, they can talk to it and tell it all their Christmas wishes so it can report back to Santa.

The story ends on Christmas Day with the elf leaving for the rest of the year until the following 1st of December.

Once you have bought your Elf you can download a personalised Certificate of Adoption and and Letter from Father Christmas! Here is ours

I imagine that when American author Carol Aebersold and daughter Chanda Bell, wrote their story, they didn’t quite expect the global hit that The Elf On The Shelf would become.

Last year The Elf On The Shelf hit social media, many families posted the antics of their elves getting up to all sorts of mischief when they returned from the North Pole! It became quite a talking point! Christmas 2014 I’m sure will be no different!

The Elf On The Shelf has it’s good and bad points. We had such a great time last year finding new places for our Elf to hide, having said that, I am having a slight panic I might not have any new ideas this year! Though I’m sure the power of the internet/google images will inspire me!

Good point… bribery around Christmas is always a good idea in this house where there are excited little tinkers!

Bad Point… Don’t make the mistake I made last year and put the Elf in your child’s room.. cue slightly concerned and a tiny bit freaked out four year old!

So there we have it ‘The Elf On The Shelf’ , A Christmas Tradition for your family??

At Take It From Mummy.com we love a bargain, below is an up to date list of the cheapest places to buy your Elf On The Shelf.. IF you decide to go for the pricey version that is! (Beware though, cheaper ones are much harder to pose)

If you collect Tesco Clubcard points you might want to go to Tescos who are selling them for £27.95 here.

The Book People are selling for a Whopping £37.95 here

We found a great bargain in Argos here which is £9.99, the Elf comes in a presentation box with a little letter. He’s named Santa’s Little Helper. 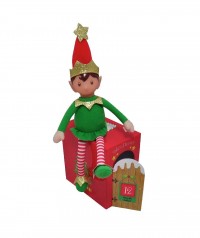 If you’re still wondering what it’s all about, here is our pick of our favourite Elf Shenannegans from The Mum’s Of Mum Knows Best Warwickshire 2013! 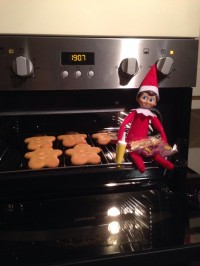 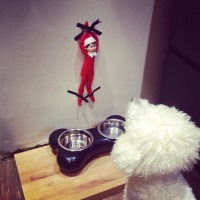 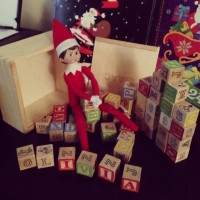 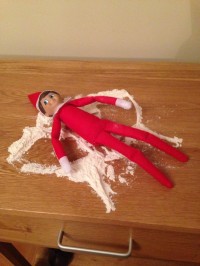 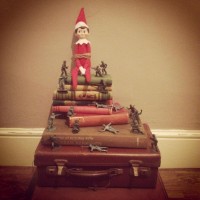 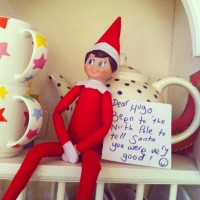 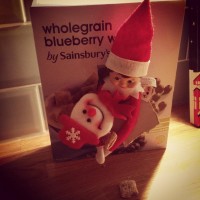 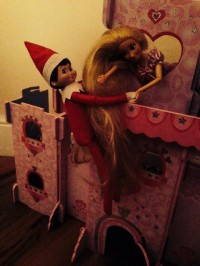 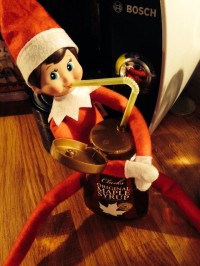 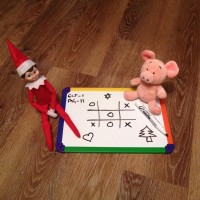 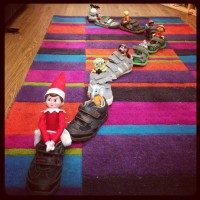 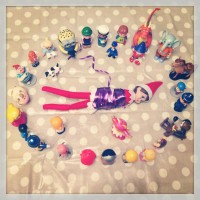 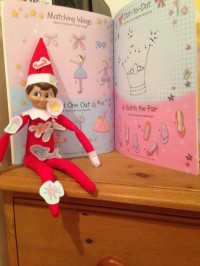 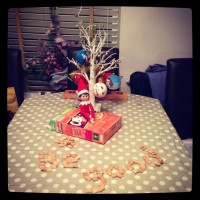 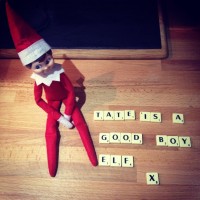 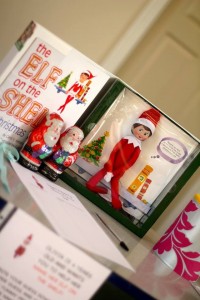 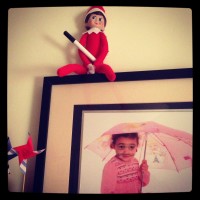 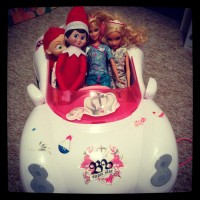 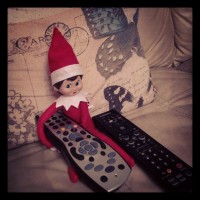