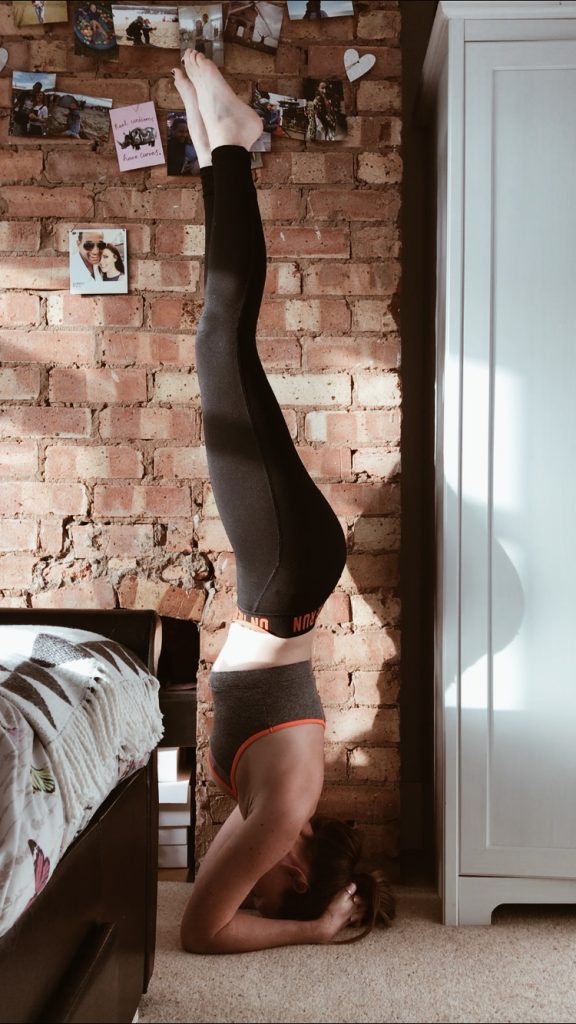 A few months ago after a couple of running injuries I started doing yoga classes. Prior to this I’d always thought that yoga was a waste of exercise time, that if you were going to the gym you ought to be doing cardio to make the most out of it and to get fitter.

I couldn’t have been more wrong. I hadn’t even considered that my mind needed a bit of tlc as much as my body. Here’s what I’ve learned….

Here’s a little bit of honesty for you. I have a ‘few’ love hate issues with body image.

Yes, I’m slim. So what, that means I must be confident? Nope. I’m a socially confident person. Ask me to speak in a room full of people….pass me the mic.

Ask me to go to a spa day with my friends, hell no thank you! I’d rather eat my cats toenails. No, really. The thought of getting my bikini on in front of people makes me want to vomit in my mouth.

I’m not fishing for compliments, I just think I’m normal, most females have a hang up or two about themselves, that’s cool.

I’m just making a point really,  just because someone is slim, doesn’t mean they’re happy with the way they look. Don’t automatically assume that there’s a size cutoff here. Size 10, yay, you must be thrilled. Why? Does that mean I don’t have post 2kids boobs, slightly looser skin around my stomach and general stretch marks? Size doesn’t matter…..repeat. Also don’t assume that if you’re larger that you can’t do yoga. Size doesn’t matter…..repeat.

So why am I telling you this? Because it’s what I do about it that makes the difference. I haven’t always enjoyed exercise but now I’ve grown to love it and what it can do for my mind and body. I get a sense of achievement from pushing myself, making myself do something for me, even if I don’t feel like it, i’ve never regretted going to the gym or getting out for a little run.

I hope you’re now thinking about doing something for you, even just thinking about it is a step forward right? Maybe you don’t have a gym membership, maybe you can’t get out for a class (though, if you can i would highly recommend it, the act of leaving the house do go and so something for yourself is so powerful.) I don’t own a yoga mat and my space is totally limited but there’s still space to sit and breathe at the very least.

If you are thinking about starting at home, theres a 30 day yoga practice which has just started on YouTube, it’s called True and you can sign up for daily emails too. Have a look on Adriene’s website for more info here. Maybe you could start with day one here:

If you have been following anyone else on YouTube, do comment and let others know! This is just the one I’ve followed from the start.