If you’re looking for something different for a date night or somewhere new to go with friends, we have found a hidden gem!

Crazy golf, with alcohol, music and food! This is Ghetto Golf Birmingham!

Nestled in the heart of the Custard Factory in my home town Birmingham you’ll find Ghetto Golf! The company opened its first Ghetto Golf in Liverpool and it was so successful they decided to re-create another in the second city which opened just this week. 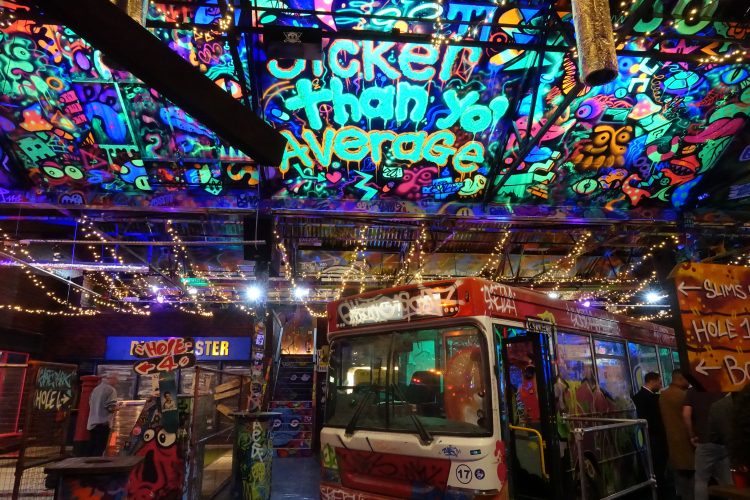 We were lucky enough to grab our spot on their first Friday in business for just £10 each. Best £10 we’ve spent! The fantastical over 18’s 18 hole crazy golf course boasts a fully stocked bar.. with cocktails and my old school fave, Hooch! Even better, the staff will take your drinks orders while you go round the course and bring them straight over to you! 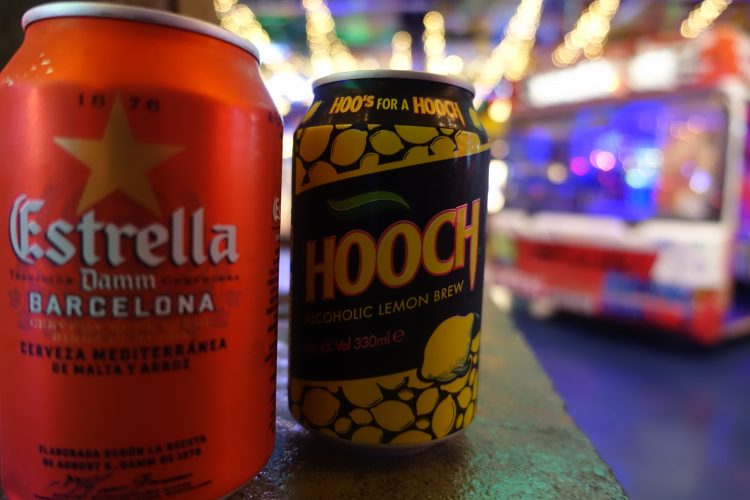 As soon as you step from the Custard Factory and in to Ghetto Golf you’re transported into a bright, graffitied world of craziness. Old school hip hop & RnB music plays throughout the building adding to the atmosphere and the whole room is adorned with fairy lights bowing across the ceilings. Immediately in front of you is a disused bus which has been transformed into one of the holes on the course. The whole building has the wow factor! There’s various other themed rooms such as a (pretty freaky) old style Blockbusters and an old school pub, there’s a retro gaming area and even a hen house. There’s nothing normal what so ever about this place, but it’s different and I like it! 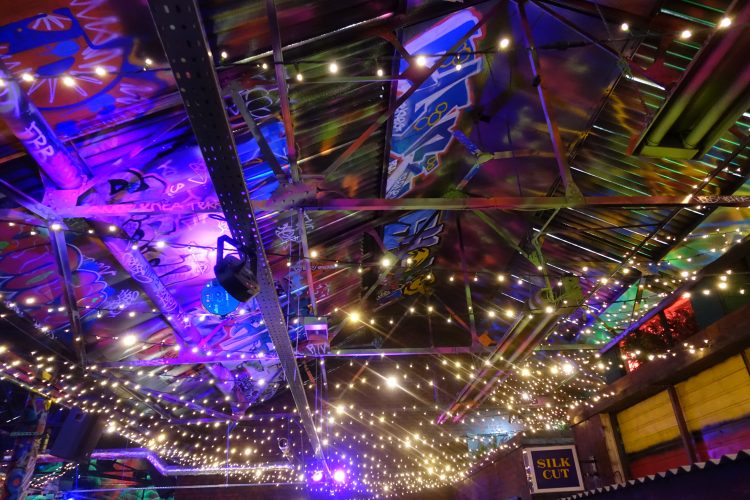 If you fancy a bite to eat you can do so before or after you play where there are plenty of booths set aside for people wanting food from Slim’s BBQ Express. This has a street food theme which is their fun and unique British take on the American BBQ with Eastern influenced ingredients. You can continue the party with more drinks from the bar too of course 😉 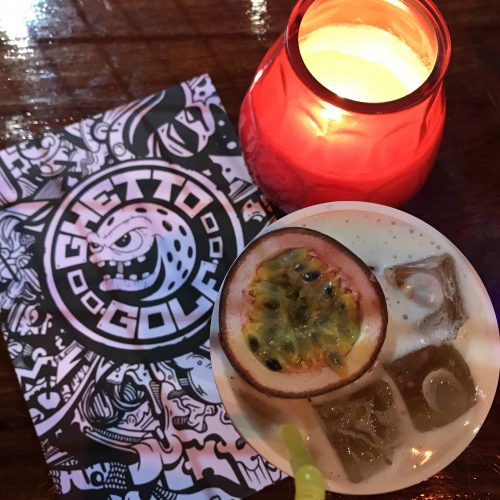 We spent a couple of hours at Ghetto Golf giggling and enjoying doing something different with a healthy portion of competition thrown into the mix (I didn’t win, gutted). I would highly recommend a visit to anyone looking for something a bit different to do either with your partner or a group of friends.

Grab your tickets here people. It’s worth every penny!

I have not been invited, asked or paid to write this blog, I just thought you might all like to hear about it 🙂 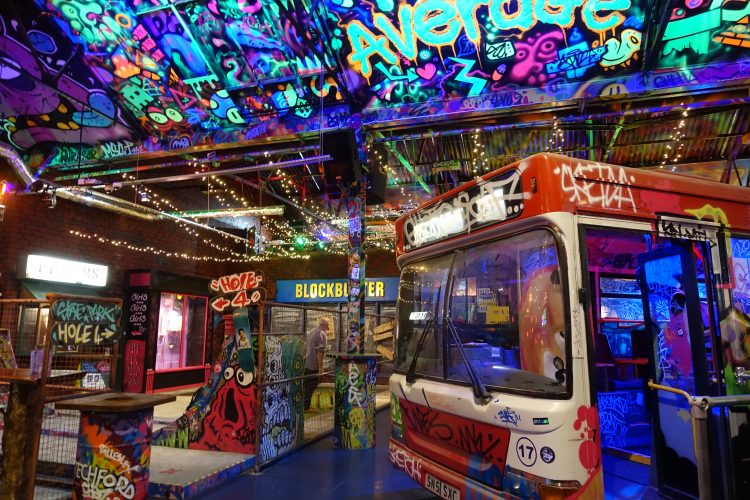 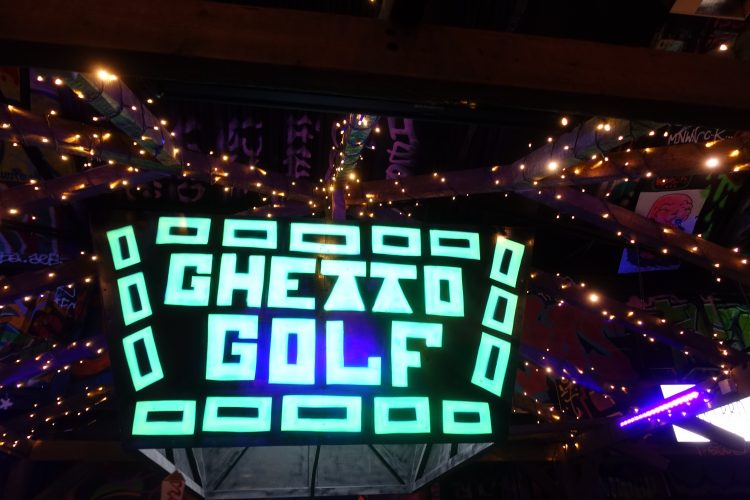 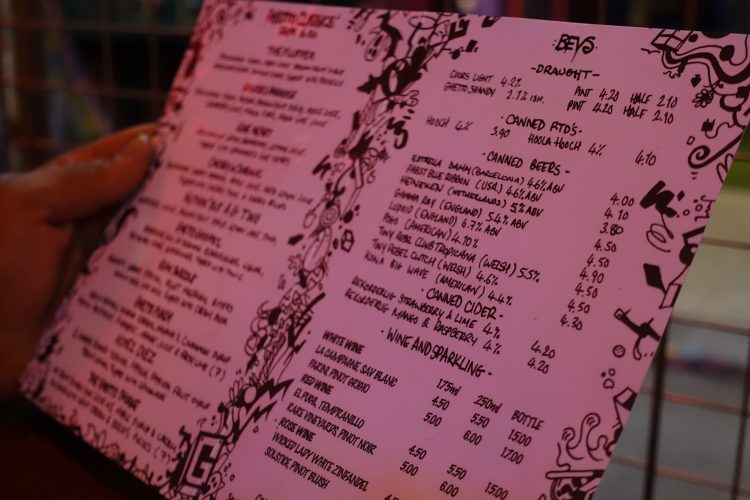 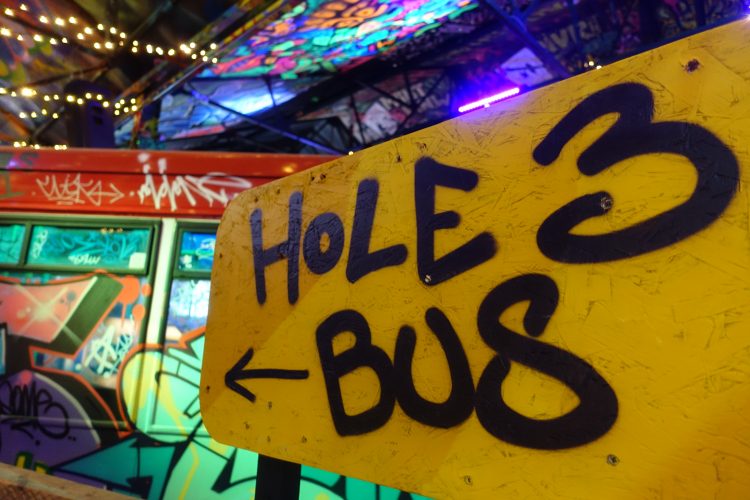 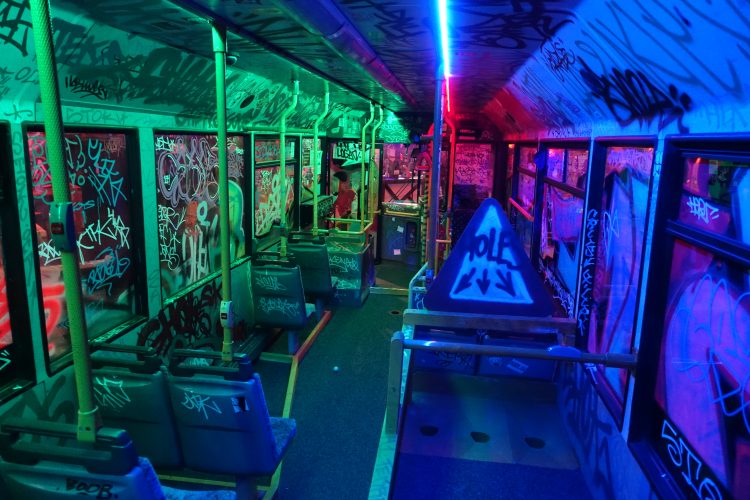 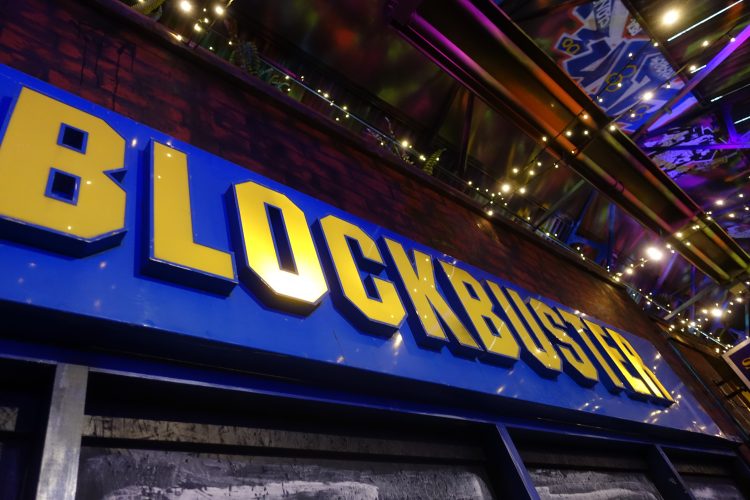 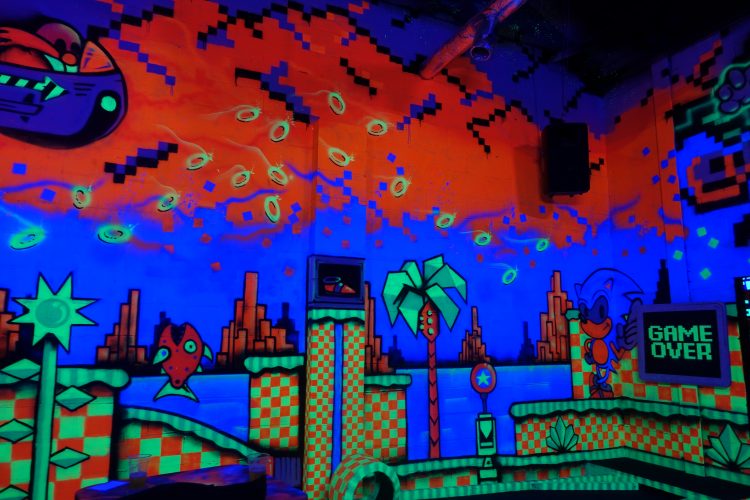 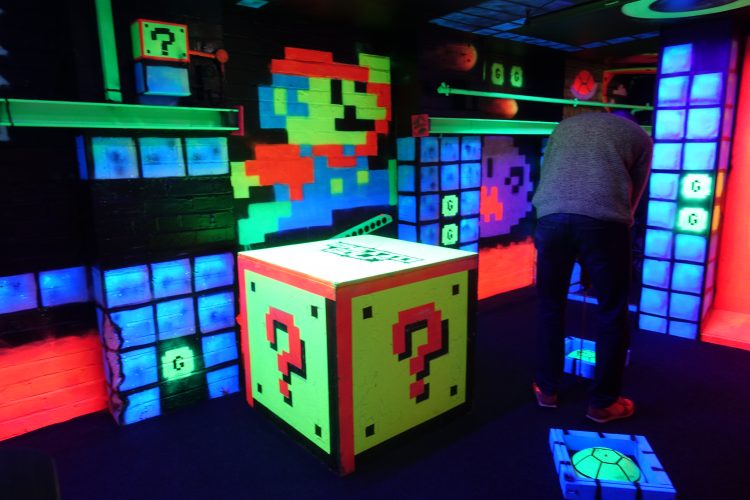 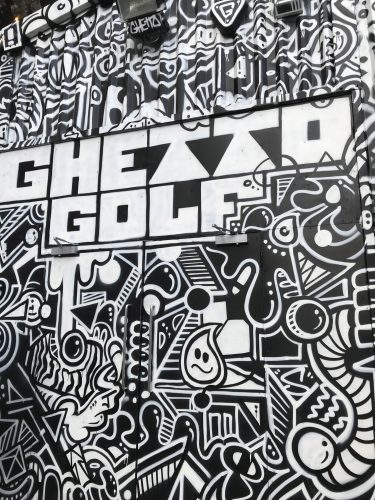